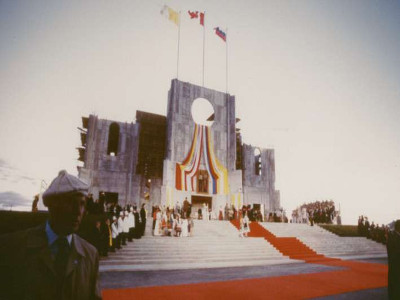 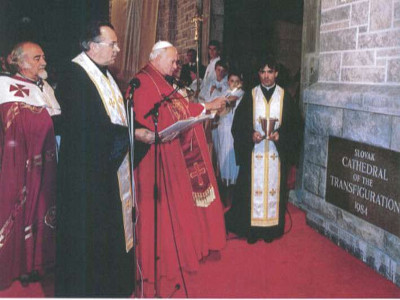 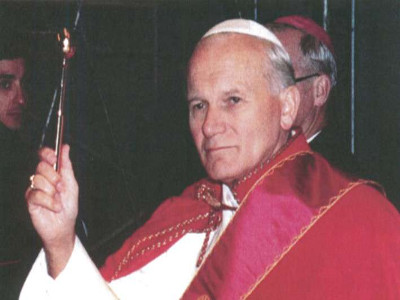 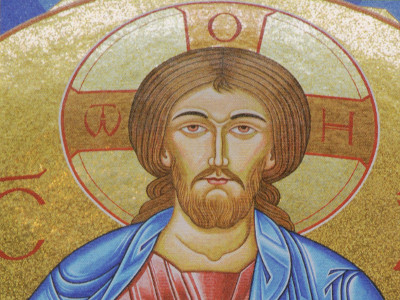 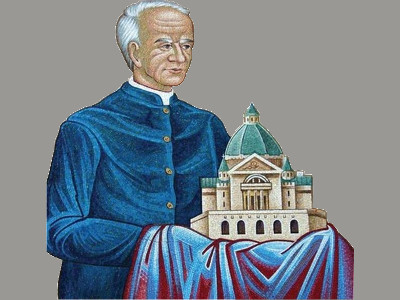 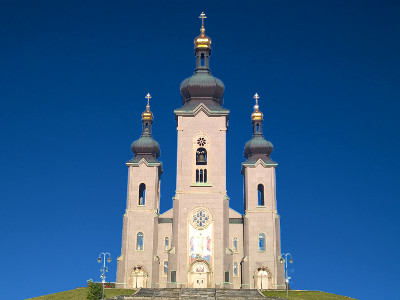 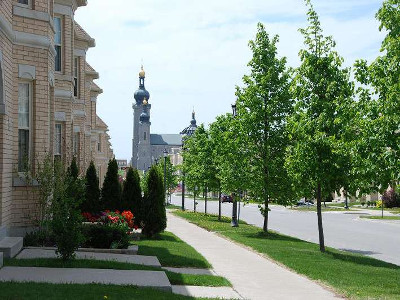 The Cathedral, which is owned and administered by the Slovak Greek Catholic Church Foundation, welcomes congregations of all 26 Catholic rites and will serve as an Ecumenical Centre for diverse cultures to be able to worship there.

The Cathedral, just north of Toronto, is on land once part of Romandale Farms Inc., founded by the late Stephen B. Roman, one of North America's leading breeders and exhibitors of Holstein cows.

Mr. Roman, who arrived in Canada in 1937 from his native Slovakia, donated the land for the Cathedral, which he built as a beacon of religious freedom for his fellow Slavs then living under the repressive dominance of the former Soviet Union, without religious freedom.

Construction of the Cathedral began in early 1984. The Cathedral is now the centrepiece of the 225-acre Cathedraltown, a thriving town of about 3,000 residents that began development in 2004.

The Cathedral's cornerstone and altar stone were blessed by Pope John Paul II during his visit to Canada in September 1984, marking the first time that a Roman Pontiff consecrated a church in North America.

Mr. Roman died in 1988, and did not live to see the Cathedral completed. His funeral service was held in the still-uncompleted Cathedral, with about 1,600 people attending.

Václav Havel, the first president of a democratic Czechoslovakia, following the fall of the Communist regime, visited the Cathedral in 1990.

The Cathedral's three gilded towers represent the Trinity. The centre tower, named the Tower of the Transfiguration, rises 210 feet. It contains the world's largest peal of three bells, cast in bronze at the foundry of Paccard S.A. in the French town of Annecy, and installed in the Cathedral in 1986. The bells are named for St. Stephen, St. Ann and the Prophet Daniel.

Each of the Cathedral's side towers is nearly 148 tall.

Among the Cathedral's most awe-inspiring features are the 82-foot-wide mosaic of Christ Pantocrator, which occupies the entire Dome of the Cathedral; and the mosaic of the Virgin Mary, which covers the massive curved wall of the Apse.

Since 2006, extensive work has also been completed on the Cathedral's interior, including:

The mosaics in the Circle go beyond the traditional depiction of the 13 Apostles, by adding: St. Mary Magdalene; a French saint, St. Madeline Sophie-Barat, founder of Les Réligieuses du Sacré-Cœur; and two Canadian saints, St. Kateri Tekakwitha and St. Brother André of Montreal, holding his Basilica.

The mosaics in the Pendentives, which would traditionally contain the biblical manifestations of the four Evangelists, which would have been portrayed by a lioness, an eagle, an ox and a winged male figure, have been revised to include Canadian content:

In 2006, when the extensive interior work began, the Cathedral was closed to the public and the seat of the Eparchy was moved to another church.

With the completion of the installation of the Circle and Pendentives in 2017, the extensive scaffolding beneath the Dome was removed and an application for public occupancy will be filed with the City of Markham.

Once a public occupancy permit is granted, the Cathedral will be able to permanently open its doors to any Catholic congregation wishing to worship there. It will also be able to host concerts and other public events.